Kindergarteners, I love you but you are exhausting! Stress and lack of sleep made me especially nervous about this week’s 21 mile run. Our students are making so much progress, but I’m struggling to balance all the work. This upcoming week my focus is on prioritizing my time, getting enough sleep, and not expecting perfection. I met Victor and Ellen at The Starting Line in Venice at 7:30 on Saturday morning. He ran the first 10ish mile chunk with us up through Mar Vista, then we headed up towards Santa Monica to meet Ellen’s friend Lauren. Poor Lauren ended up falling and cutting herself, so we looped around a bit while she cleaned herself up (hence the weird looping map below) and ran into our other friend Lauren AND Arnold Schwarzenegger. Yup, he was on his bike riding down Ocean Blvd in Santa Monica. The miles really do fly by when you meet up with a bunch of people. We tried not to look at our watch and finally looked down when it dinged 20 miles, and were super surprised to only have 1 left. We also never got hungry by fueling early on. Long runs really do get easier the more you do them.

Stopping and smelling the roses on the water break… 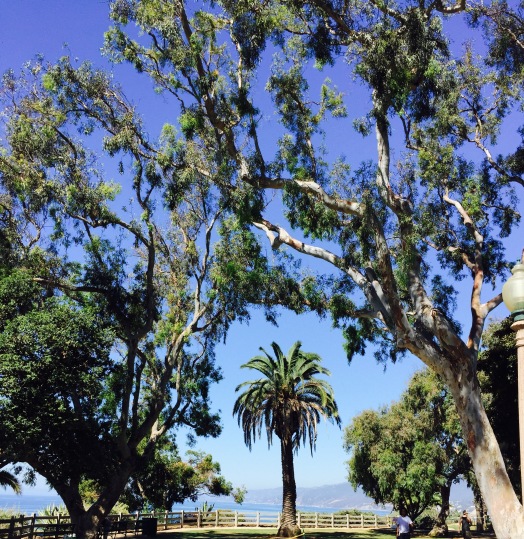 In other running news…

Check out Victor’s awesome video he made from the Santa Monica Classic. Marta, Ellen and I are about a minute in. 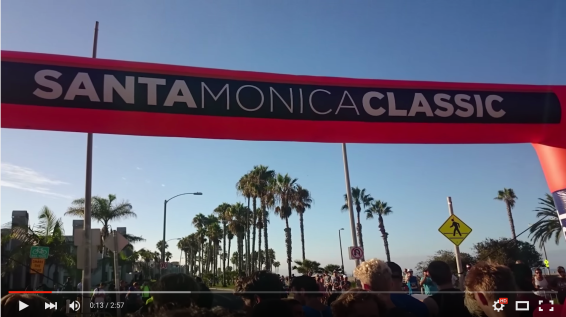 I’m in for Boston 2016! After a little bit of back and forth, I finally decided to register for the Boston Marathon. When I asked Brent what he thought, he looked at me like I was crazy and said, “Why wouldn’t you run the Boston Marathon any year you qualified?” I have no idea what January-April will look like, but I do know I love running, and this experience training for New York has not been stressful, so I think he’s right. My running life goal was always to run Boston, and now that I’ve done that running is much more relaxing and fun. And I can’t be all Equitas all the time. I also have the luxury of not having any kids right now. Running Boston might be a little tougher with little scramblers running around in a few years. I also know I would regret not signing up for the race on Marathon Monday, especially considering how hard runners work to qualify.

And Saturday afternoon after the long run rather than sitting around and bing watching Netflix, Alaina, Jared and I did the Chinatown Race LA Scavenger Hunt. It was SO MUCH FUN! The hunt started in the heart of Chinatown, and we had three hours to run around answering all the clues. We had to translate characters from Chinese to English and find those items (thanks for your help, Peter!), locate murals, count lanterns, find Mr. Lee roaming around a market, and so much more. Despite winning second place (second weekend in a row..) we had a great time.

I would TOTALLY do another scavenger hunt. It’s so my kind of activity. Running around, being outside, exploring. Brent missed out because he was in College Station for A&M Football, but he would be all about the trivia. Apparently they’re gonna have a Disneyland hunt. Alaina’s 30th birthday idea!?